A look at some of the misleading sustainability claims made by companies in the drive to increase profit. 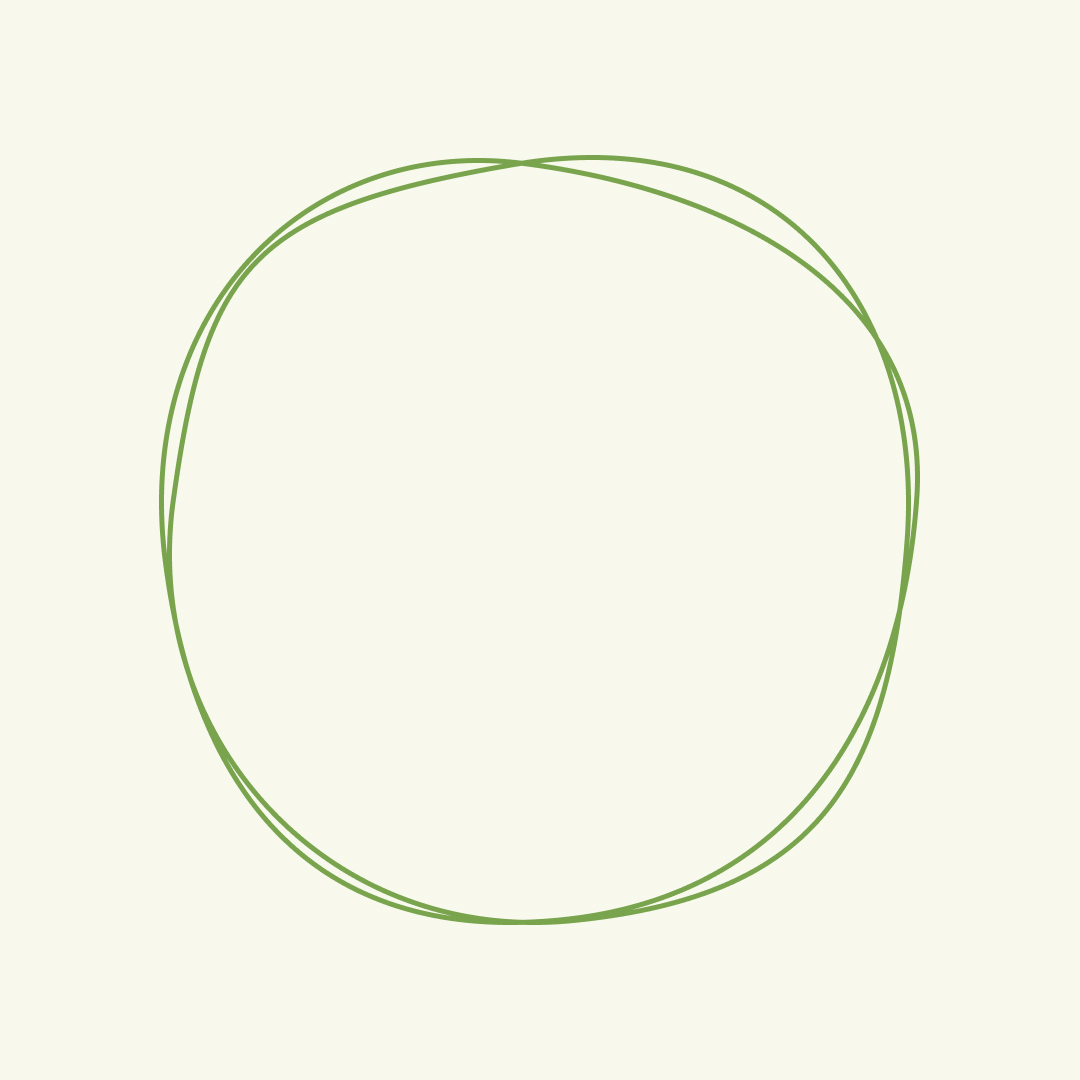 'We plant a tree with every purchase!'

If only it were that easy to undo the mess of a climate crisis we're in.

It's no secret that the production and consumption of our everyday products has a huge environmental impact. With growing pressure on companies to do better, many have come up with creative marketing strategies to appeal to the environmentally-conscious consumer - and deceive them.

We see words like 'sustainable', 'green' and 'eco' everywhere, from clothing to shampoo to cars, but it's often not clear at all what they mean. We're seeing more use of recycled and recyclable materials, but this alone doesn't do much address the world's enormous waste problems. You can even pay a little extra when you fly to 'offset' the carbon emissions from your flight, and several clothing brands offer 'climate-compensated' shipping, but the credibility of carbon offsetting projects is very limited.

'Greenwashing' is the term given to the misleading marketing of products as more environmentally-friendly than they are. Often this is deliberate: a sustainable image drives profit. Sometimes it also happens out of ignorance, for example switching to 'biodegradable plastic' with good intentions, when in fact it only breaks down into smaller pieces and contributes to microplastic pollution.

Companies might play up one sustainable aspect of their supply chain, while ignoring the much more significant impact of the rest of their production process. It's not hard to label a product as being made from 'recycled' or 'organic' materials - because it doesn't have to contain only those materials. Some clothes labelled as 'organic' contain less than 10% organic cotton.

A brand that is truly committed to reducing its environmental impact should be transparent - and that includes acknowledging inevitable shortcomings, rather than omitting information.

At ecular, we're building a directory of circular products and brands which, to the best of our knowledge, are making real efforts to combat the pollution and waste created in our linear supply chains. We acknowledge that none of them are perfect, but look for brands with high degrees of transparency and clear plans to reduce their environmental impact.

In the meantime, here's a dive into how you can spot some of the most common greenwashing tactics.

Watch out for these buzzwords.

Words are powerful - and potentially damaging. Companies have found many ways of exploiting unregulated and vague terms to mislead consumers. If words like 'green' and 'eco' are being bandied about with no evidence to support them, don't trust them. These words are deceptive because they don't have universally accepted definitions.

Even the terms biodegradable and compostable are stretching it. Some 'compostable' products, such as food containers, can't be composted at home and need to be sent to a special composting facility - and do you know anyone who's done that? Similarly, 'biodegradable' is a broad term which doesn't specify a time frame, and some products also release greenhouse gases like methane when they break down.

Even more concerning are oxo-degradable plastics, which are plastics mixed with additives in order to imitate biodegredation over a short time span. This only leads to the plastics rapidly breaking down into small pieces, creating microplastics which stay in the environment.

How effective is carbon offsetting?

Carbon offsetting is the idea of paying someone else to 'undo' the carbon emissions released from certain activities, for example by planting or protecting forests which remove carbon dioxide from the atmosphere, or by investing in renewable energy projects.

It sounds like the perfect solution. Rather than investing a lot of time and money in shifting away from fossil fuels in production and transportation, which can be challenging, we can spend that money on projects which reduce the equivalent amount of carbon dioxide in the atmosphere.

So why is carbon offsetting so controversial?

Even in trying to optimise production processes, there are often unavoidable emissions, so carbon offsetting, if done right, still provides a good solution to address these. In addition, transitioning to renewable energies and making changes to the supply chain to reduce pollution is often expensive and and takes companies a long time, so carbon offsetting is one way to combat emissions during this process.

According to Giving Green, an evidence-based climate project evaluator, one of the highest-additionality carbon offsetting initiatives is Climeworks, a Swiss company which directly moves CO2 from the atmosphere. They also recommend Tradewater, which finds and safetly destroys greenhouse gases which are much more harmful than CO2 before they can be released into the atmosphere.

To summarise: beware of carbon offsetting, especially if it's a company's only way of addressing its climate impact. Carbon offsetting is cheap to buy and gives a false sense of complaceny - since we can't guarantee the effectiveness of these offsets, companies should be actively working to reduce their carbon emissions in the first place. Also look for companies which offset the carbon from production, not just transportation, as transportation generally causes only a small fraction of the total carbon emissions of a product.

The problem with making clothes from recycled plastic.

We're seeing more clothes made from recycled polyester, 99% of which comes from single-use PET bottles. It's heavily marketed as a sustainable material as part of fashion brands' attempts to appeal to environmentally-conscious customers.

While it does avoid producing new plastics, using recycled plastic is not a solution to the waste problem. Recycling greatly downgrades the quality of the plastic; clothes made from single-use bottles cannot be recycled again, and are doomed for landfill or incineration.

Using plastic bottles to make new clothes is actually a very inefficient way of preventing waste. A better approach is to make bottles into bottles and clothes into clothes, as recycled plastic bottles can sometimes still be further recycled (but not much more). This greenwashing also doesn't address the harmful effects of using synthetic materials in clothes, for example microplastic pollution, which may even be exacerbated by the recycling process as it breaks larger plastics into synthetic fibres.

The quantity of synthetic materials used to make new clothes is still staggering, and recycled polyester isn't helping. The best way to address the fashion industry's waste problem and reliance on fossil fuels is to buy less, buy pre-loved or look for products that use more natural materials.

And plastic recycling is overhyped.

Recycling companies have made it easy for us to throw in plastic along with the paper, cardboard and metal tins without much of a second thought - but although they all come under the umbrella term 'recycling', the process and impact of recycling varies a lot between materials.

While glass and metal are essentially 'infinitely recyclable', paper can be recycled about 7 times before the fibres become unusable, and plastic can generally only be recycled once or twice, requiring the addition of chemical modifiers.

Only some types of plastic can be recycled and it's often not clear which of your plastic tray, film and lid is elegible, especially with variations between regions. This means that after sorting, a large proportion of plastic which goes into recycling will end up in incineration or landfill, and errors in sorting also lead to contamination, as mixed plastics can't be melted down together. It's estimated that 40-60% of plastic waste in Germany gets thrown in the wrong bin.

Plastic recycling is fundamentally still not a circular process and the idea that plastic waste can be reused effectively is largely an illusion. It takes the guilt out of consumption. Some even go further and use the term 'downcycling' in place of 'recycling' for plastics, as the quality of the material degrades so much. These recycled plastics are used for lower-quality products like flower pots and bin bags, or have to be mixed with virgin plastics to be useful.

Over two thirds of the UK's plastic waste is sent abroad to be - allegdely - recycled, and since China's ban on waste in 2018, Turkey is now the leading recipient of the European waste. Investigations have shown that some of this waste is simply dumped in other countries rather than being recycled.

As another example of greenwashing, during the pandemic the National Association for PET Container Resources (NAPCOR) introduced a marketing campaign called Positively PET. It claims that PET, or polyethylene terephthalate, offers 'infinite recyclability, and with a lower carbon footprint, it’s head and shoulders above glass and aluminum.'

Even if it is possible, infinite recyclability would require relatively new processes of chemical recycling, which, according to GAIA, are much more energy-intensive and polluting than mechanical recycling. The campaign also claims that PET bottles have less of an environmental impact than aluminium cans, but a life cycle analysis found that that, while the carbon footprint of aluminium production is higher, the annual impact of aluminium is still considerably lower when taking into account factors like its infinite recyclability, transport and the problem of plastic waste pollution. One of NAPCOR's justifications for rating plastic above glass is that 'shattered glass is dangerous' - which is true, but so is the plastic filling the oceans and finding its way into our food. What's worrying is how slick and persuasive the campaign looks - showing how even statistics can be used to give an illusion of transparency.

A bunch of important-sounding certifications doesn't make a company innocent. Third-party companies sell certifications to companies seeking extra credibility for their supposed environmental efforts, and while they claim to employ experts to investigate and verify a company's worthiness, some completely forgo these tests. In the end, it's all about the revenue on both sides.

A report released by GreenPeace in 2021 titled 'Destruction: Certified' assesses the effectiveness of land-use certifications - including FSC for responsibly sourced wood - and concludes that they are 'not a solution to deforestation, forest degredation and other ecosystem conversion', finding that these certifications instead contribute to deforestation and even human rights abuses.

An ethical problem with certifications is that they are expensive and can't be afforded by companies in the world's poorest countries - where the extra income is most needed. Fairtrade, for example, has been criticised for diverting the profits away from the poorest farmers, and the extra money you pay for your Fairtrade coffee mostly ends up in the hands of middlemen.

There's currently a great lack of transparency surrounding certifications and their reliability. Some B Corporations, for example, actually do uphold a high standard of environmental and social performance. But you might start questioning their validity when you find out that Harrogate Spring Water received its B Corp certification last year - for selling 'premium bottled water'.

If there's one takeaway, it's this: companies want you to buy their products. And they'll often do almost anything they can to get you to. Which mostly involves convincing you to buy things you don't need. Even the most eco-friendly items aren't worth it if you don't actually need them.

Being aware of greenwashing is important if we want to make more informed decisions about what to buy - and to call companies out on their lies.